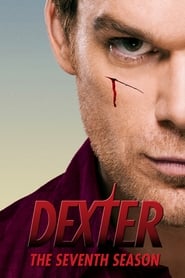 The seventh season of Dexter premiered on September 30, 2012. The season follows Dexter’s tangles with a Ukrainian mob boss and introduces the character Hannah McKay, a mysterious widow with a green thumb and a checkered past. The season seven story arc is continued over the course of the eighth season, which premiered on June 30, 2013.