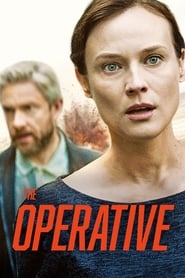 IMDb: 5.6 2019 120 min 280 views
A young Western woman is recruited by the Mossad to go undercover in Tehran where she becomes entangled in a complex triangle with her handler ...
Thriller

IMDb: 6.2 2002 85 min 485 views
Ali G unwittingly becomes a pawn in the evil Chancellor’s plot to overthrow the Prime Minister of Great Britain. However, instead of ...
Comedy

The Hobbit: The Battle of the Five Armies

The Hobbit: The Battle of the Five Armies

IMDb: 7.4 2014 144 min 626 views
Immediately after the events of The Desolation of Smaug, Bilbo and the dwarves try to defend Erebor’s mountain of treasure from others who ...
ActionAdventureFantasyFeatured

The Hobbit: The Desolation of Smaug

The Hobbit: The Desolation of Smaug

IMDb: 7.9 2013 161 min 731 views
The Dwarves, Bilbo and Gandalf have successfully escaped the Misty Mountains, and Bilbo has gained the One Ring. They all continue their journey ...
AdventureFantasyFeatured

The Hobbit: An Unexpected Journey

The Hobbit: An Unexpected Journey

IMDb: 7.9 2012 169 min 710 views
Bilbo Baggins, a hobbit enjoying his quiet life, is swept into an epic quest by Gandalf the Grey and thirteen dwarves who seek to reclaim their ...
ActionAdventureFantasyFeatured

IMDb: 6.7 2012 88 min 49 views
The luxuriantly bearded Pirate Captain is a boundlessly enthusiastic, if somewhat less-than-successful, terror of the High Seas. With a rag-tag ...
AdventureAnimationComedyFamily

The Hitchhiker’s Guide to the Galaxy

The Hitchhiker’s Guide to the Galaxy

IMDb: 6.8 2005 109 min 592 views
Mere seconds before the Earth is to be demolished by an alien construction crew, Arthur Dent is swept off the planet by his friend Ford Prefect, ...
AdventureComedyFamilyFeaturedScience Fiction